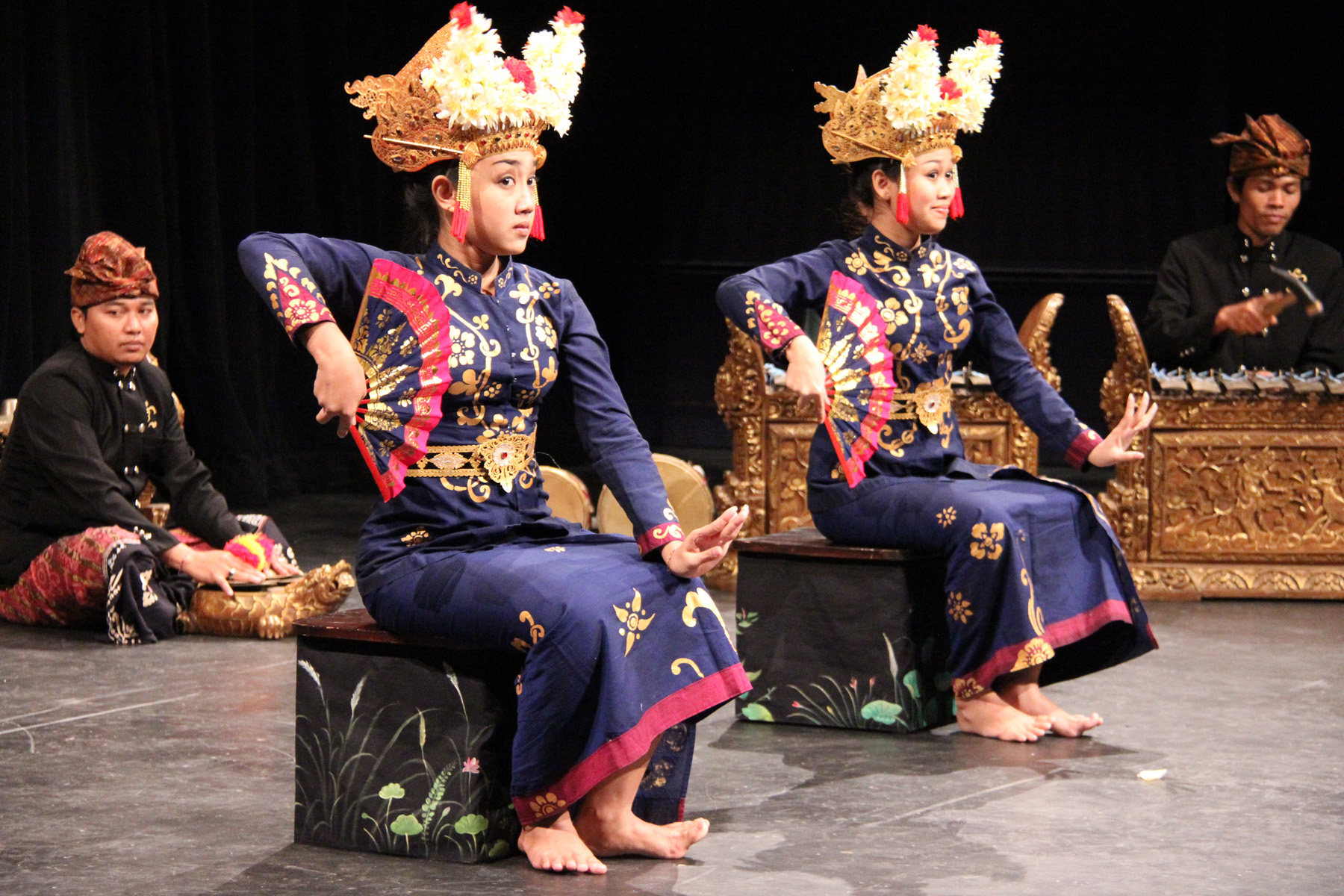 The third week of World Fest brought Çudamani to Saugatuck, Michigan. Throughout the week, the group visited schools in Saugatuck as well as neighboring communities of Glenn, Zeeland, Holland, and Douglas. Special thanks to the Indiana Arts Commission for the invitation to perform at the University of Notre Dame in South Bend.

The girls perform “Gabor” for students of a single-room schoolhouse in the small town of Glenn. Because the school is so small, our workshop was presented in the neighboring United Methodist Church.

Ayu Eka plays the kempli, or beat keeper, during a demonstration that highlights each instrument of the gamelan.

A playful improvisation lends itself to smirks and smiles.

A young girl holds her hands in prayer position, one of many gestures used during kecak.

Surya loads out the reyong as the morning sun shines through the church’s century-old stained glass windows.

Emiko leads a lecture for an attentive and enthusiastic group of students at Zeeland Christian School.

Ratna demonstrates the gong cycle for a group of students, faculty, and community members at Hope College in Holland.

Eka and Rai demonstrate the body positions found in female and male dance forms. While the female position is arched and lower to the ground, the male stance is tall and upright.

Emiko demonstrates how a dancer teacher would typically correct the body position of his or her student while Dewa leads various parts of an improvised composition.

Çudamani performs for the Indiana Arts Commission’s “Embracing Community Change Through The Arts” conference held at the DeBartolo Performing Arts Center at Notre Dame. This is particularly fitting since Çudamani sees itself as an activist group that responds to the philosophical, practical and problematic issues that face present-day Balinese arts.

Severe winds on the east coast of Lake Michigan literally blow us away!

Ayu Eka performs “Legong Somya” during our public performance at the Saugatuck Center for the Arts. The piece recalls a dark period of time in recent Balinese history when anti-communist massacres swept through the island.

The second week of World Fest brought us to Wabash, Indiana. Throughout the week, we…